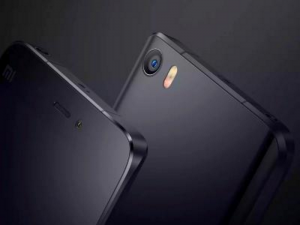 Xiaomi, the Chinese company that’s famous for copying Apple, is said to be working on its very own rival to the iPhone SE. Apple’s new device has been well-received in emerging markets, but Xiaomi is hoping it can compete.

According to The Times of India, the “Xiaomi Mini” will feature a 4.3-inch display with 1280×720 resolution, a quad-core Snapdragon 820 processor — the same chip that powers Xiaomi’s high-end Mi 5 — and 3GB of RAM.

The device is also expected to offer a 13-megapixel rear-facing camera, a fingerprint scanner, and 32GB of built-in storage.

That all sounds pretty impressive for an entry-level device, and it gets even more impressive when you look at the Xiaomi Mini’s price tag. The device is expected to cost just 1,800 yuan in China, which is approximately $274.

It’s unclear when Xiaomi is expected to make the Mini official, or when it will go on sale.

[via The Times of India] [Android Repair]